The Estate has a portfolio of residential properties to let 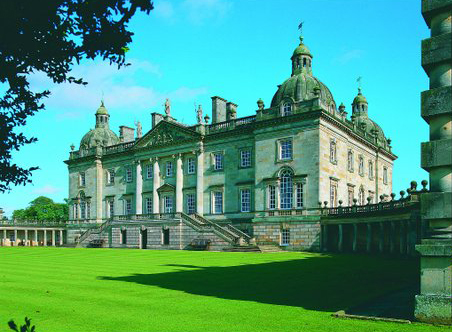 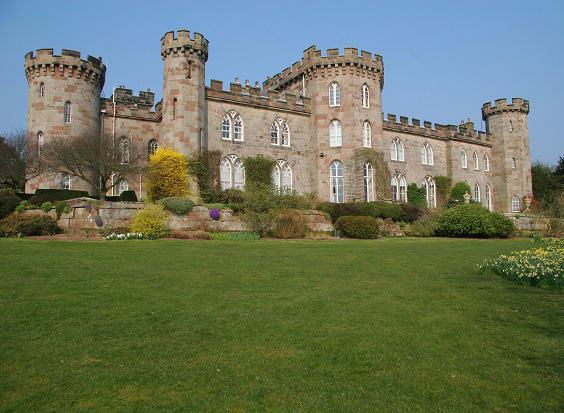 In 1801, George James, 4th Earl of Cholmondeley was responsible for the demolition of the original Hall

The Cholmondeley Family have resided at Cholmondeley since the Norman times. The first member of the family to take the name was Robert de Cholmondeley; he became the 1st Lord of Cholmondeley in about 1200.  However little is recorded about the actual Cholmondeley houses between 1066 and 1571.

The first building mentioned on the Estate is St Nicholas’s Chapel in 1285, when Hugh De Cholmondeley was granted permission by the local Rectors for “a fit chaplain celebrating Divine Service in his Chapel of Cholmondeley”.  The seals on the charter can still be seen displayed in the Chapel today.

The Elizabethan Hall-In 1571 Sir Hugh Cholmondeley re-built the original medieval family home in the timber framed Elizabethan style, surrounded by a moat.  It was built by William Fawcomer, ‘Master of Carpentry & Joinery work’ and lay ¼ of a mile East of where the castle now stands.  In the civil war, the Cholmondeley family were staunch supporters of the Royalist cause and with its location between the Royalist stronghold of Chester and Parliamentarian Nantwich, Cholmondeley Hall was besieged several times.  It was finally battered into surrender in 1644.  Lord Cholmondeley was elsewhere when it capitulated but the estates were sequestered and rents diverted into the parliamentary coffers.

Fortunes for the family improved when the 1st Earl of Cholmondeley joined other noble men in support of William of Orange at the ‘Glorious Revolution’ in 1688.  In 1708 he was appointed Controller of Her Majesty’s Household and shortly afterwards, Treasurer.

Perhaps to reflect his position the Earl decided to rebuild Cholmondeley Hall on a grand scale, possibly to the designs of Vanburgh in 1701.  The Old Hall was encased in the classical style and extensive formal gardens created of which only the Canal to the North of the Hall survives.

The Lord Great Chamberlain has jurisdiction, entrusted by the Sovereign, for areas of the Palace of Westminster which are not administered by the House of Lords and House of Commons. These are primarily the Royal Robing Room and the Royal Gallery. He has joint control with the Speakers of the two Houses, for Westminster Hall and the Crypt Chapel.

The title is hereditary. After constant disputes, the House of Lords decided in 1902 that the office was jointly vested in the families of the Marquessate of Cholmondeley, the Earldom of Ancaster and the Marquessate of Lincolnshire. King Edward VII agreed that the post should be held in turn for the duration of a reign.