This part of the garden has seen huge transformation in recent years. The area once housed a collection of ornamental duck, but sadly had become overgrown with Japanese Knotweed and other invasive species and fallen into neglect. The knotweed was treated over several years and other rogue trees and undergrowth were removed.
Between 2006 and 2008 the beds were marked out and subsequently planted in an informal woodland scheme with the assistance of Xa Tollemache. Shrubs offer stunning colours at all times of year, under planted with a blend of Ferns, Geranium and Primula among others. The gothic ruin was built from local sandstone as the perfect feature for this area, and is accompanied by the white stems of Himalayan Birch.

In February 2016 it was decided to develop this area further and so Laurel was cleared from behind the Folly to open up new planting opportunities. Several varieties of flowering Cornus were added, as well as Snake bark maples, and a host of other interesting trees and shrubs with rich under-planting. Many of the plants used by the gardens team at RHS Chelsea Flower Show 2016 were planted in this border after the show. In the late summer of the same year Laurels and scrubby overgrowth behind the borders on the south side of the pond were removed to once again extend the planting and create more extensive woodland style borders. These new works opened up dramatic views of the surrounding parkland. Such was the extent of this work it was carried out in three phases and large scale planting undertaken in the Autumn of 2017 to complete the final phase.

The Folly Garden is constantly evolving and its tranquil setting and mixed planting make it the perfect spot to sit and relax to the sounds of nature, you might even spot the Slow Worms! 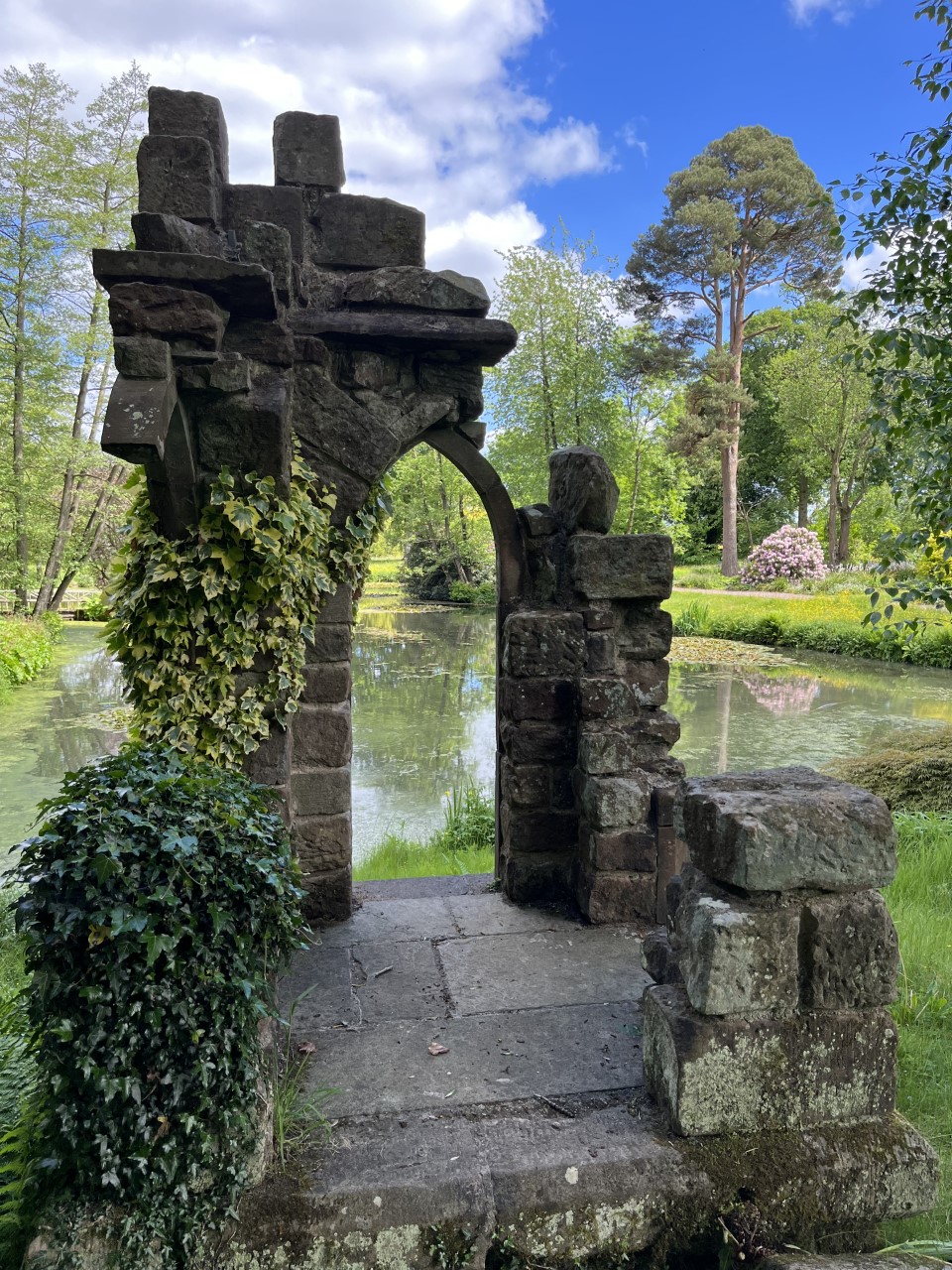 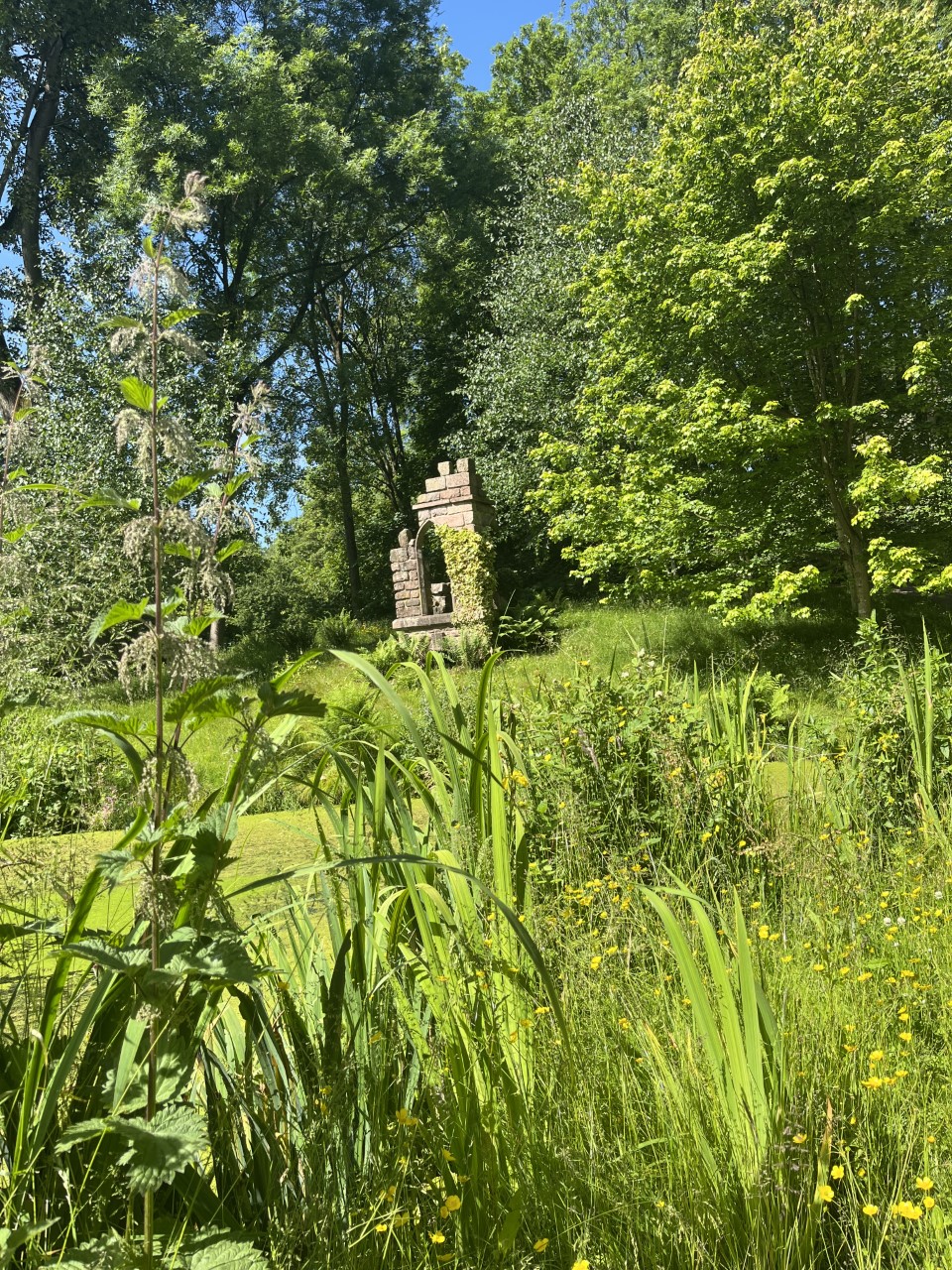 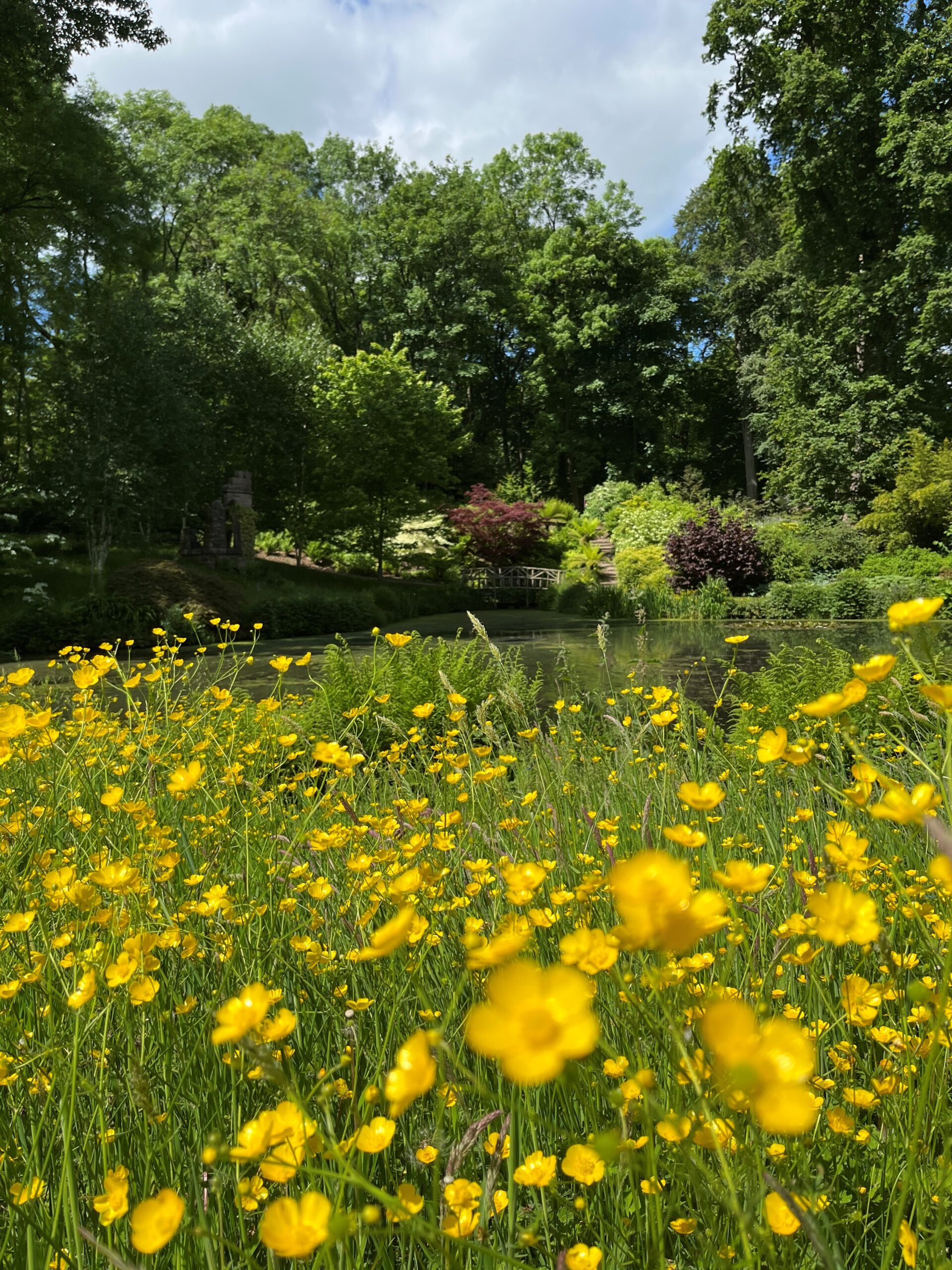 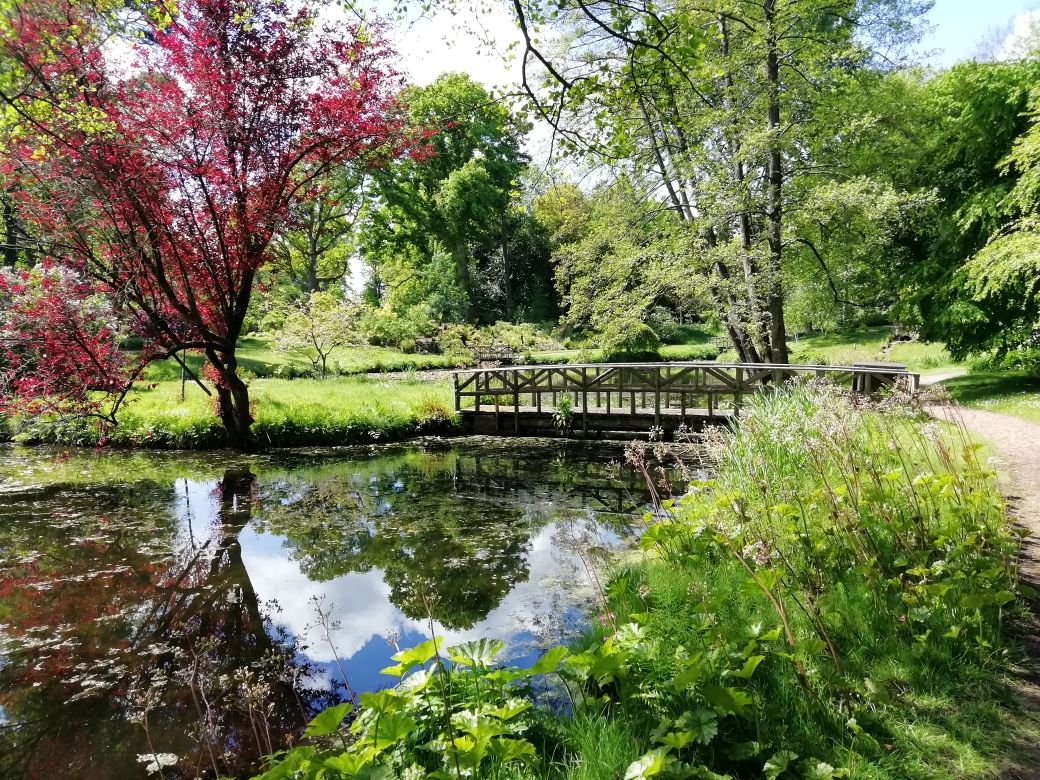 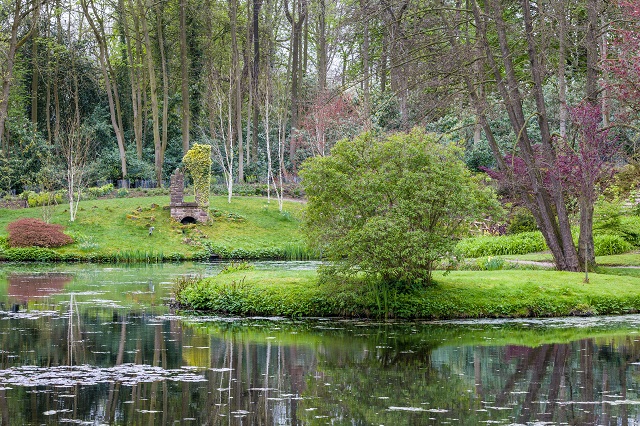 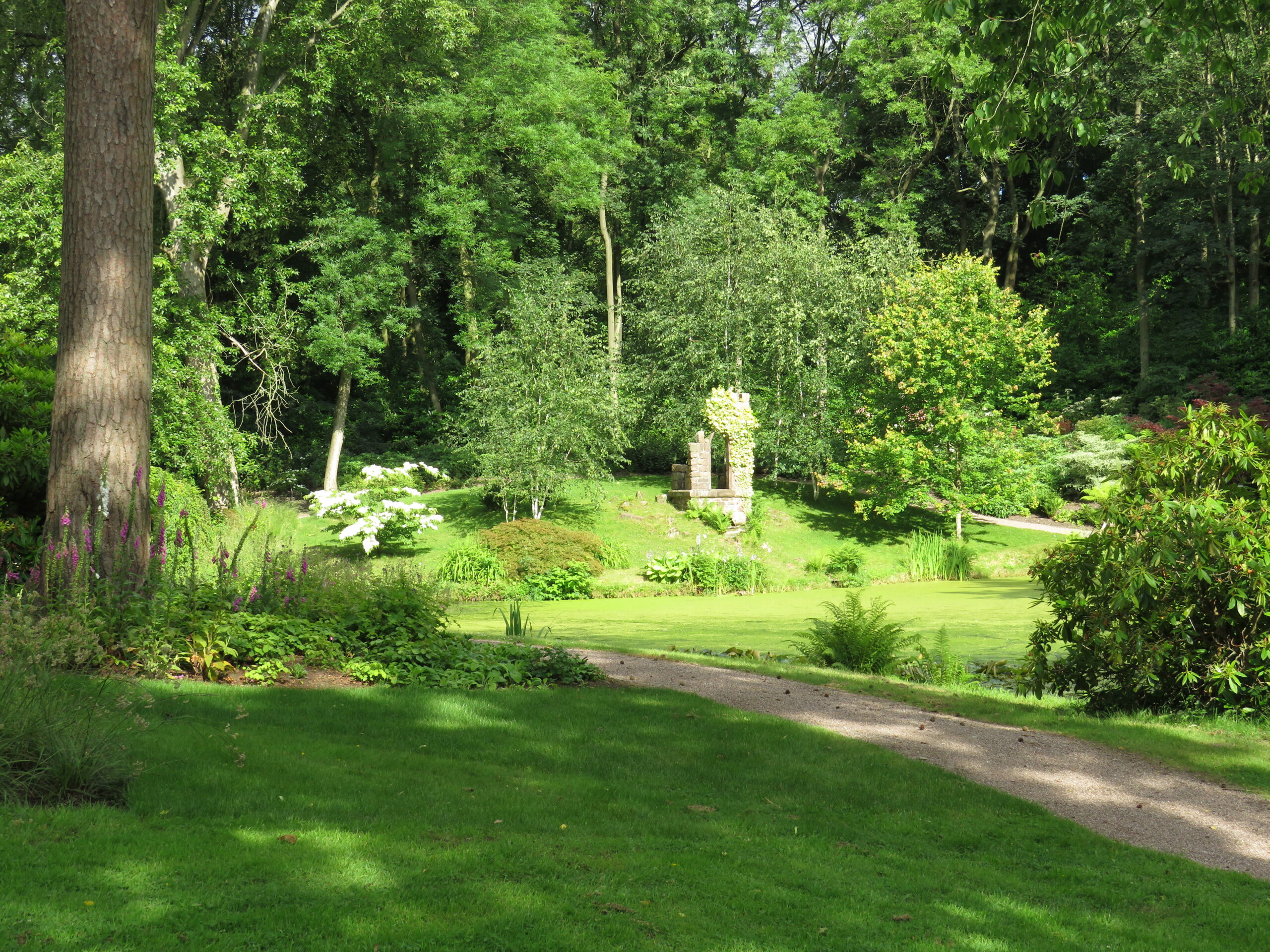 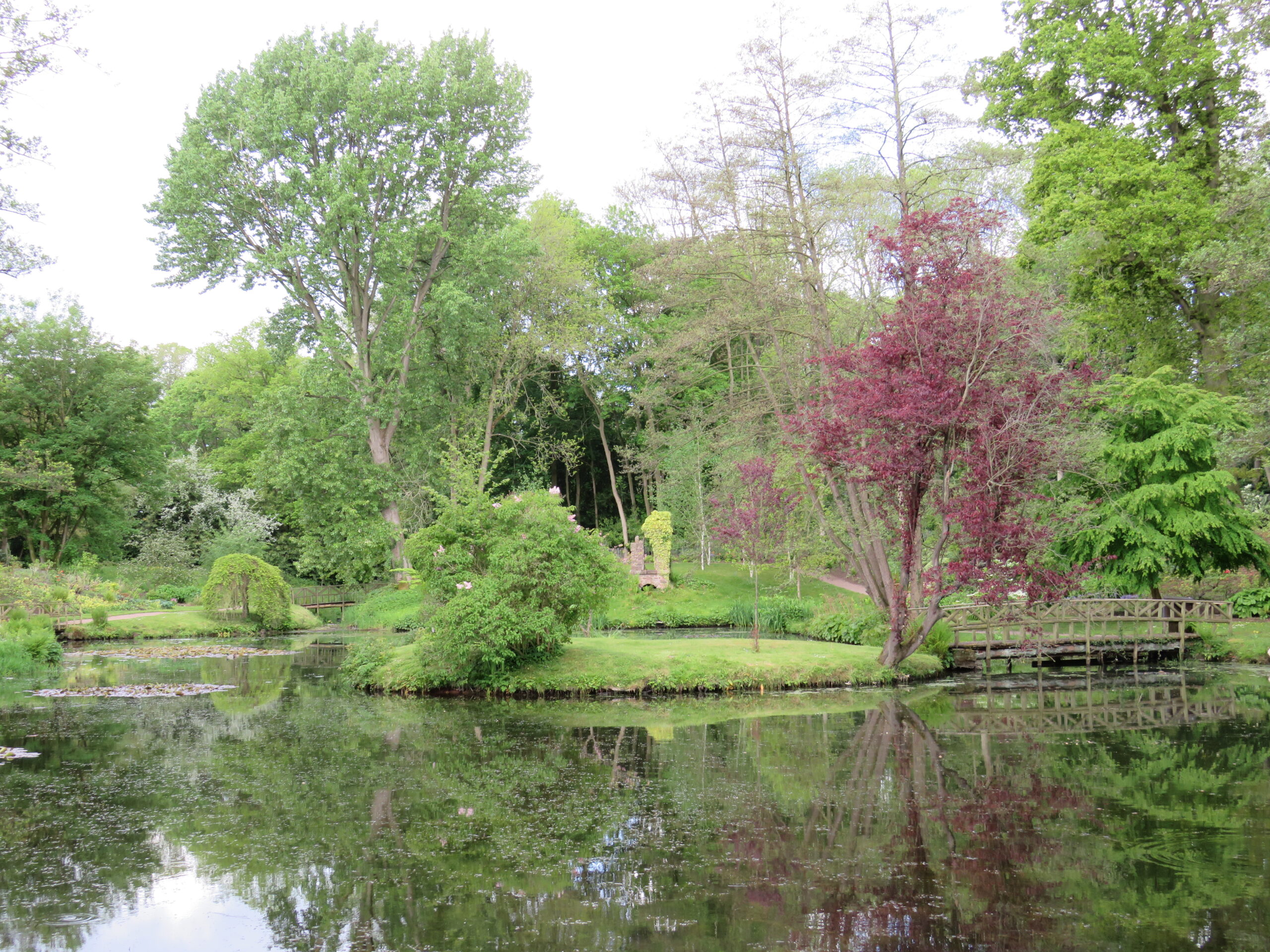 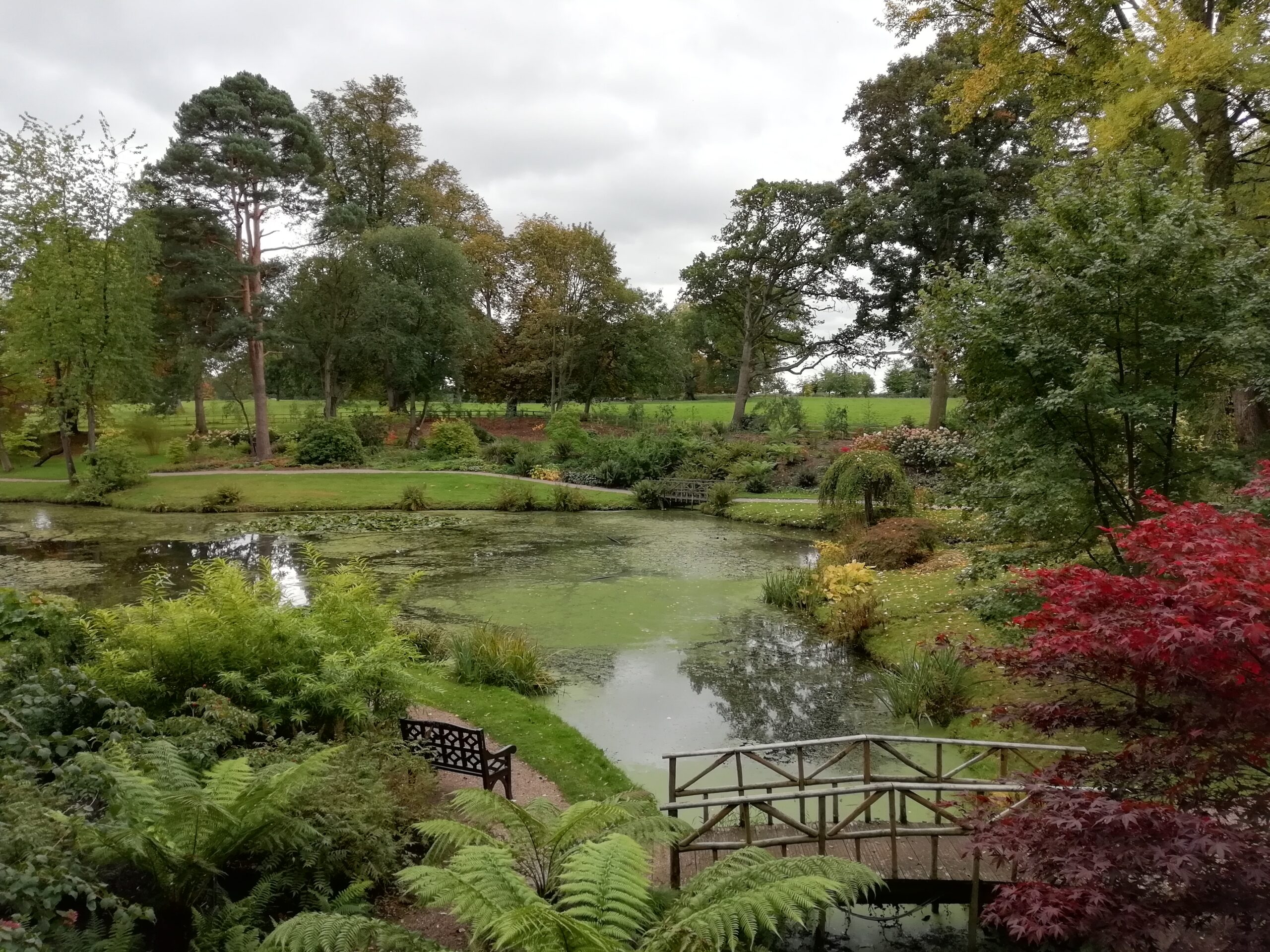 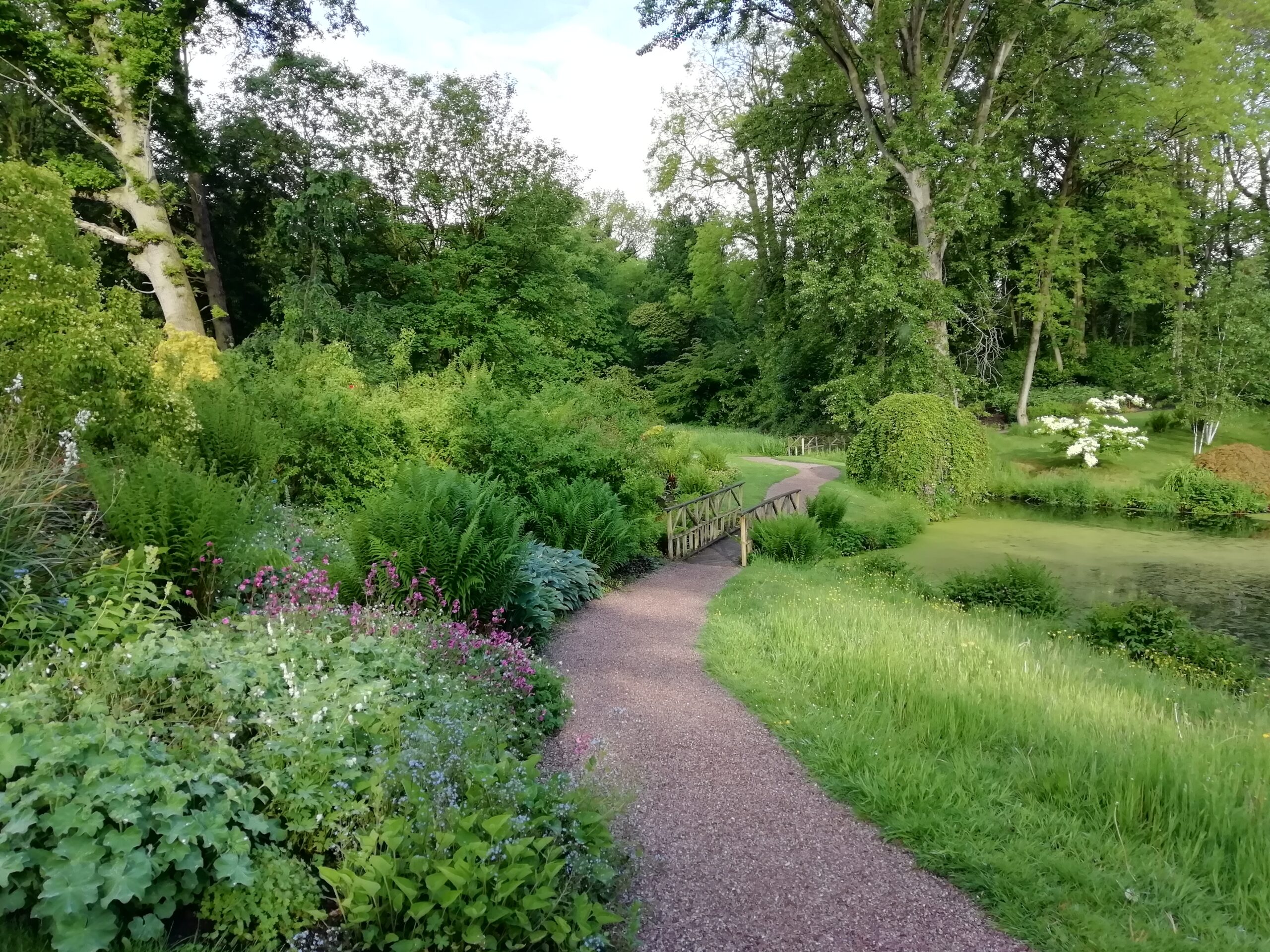 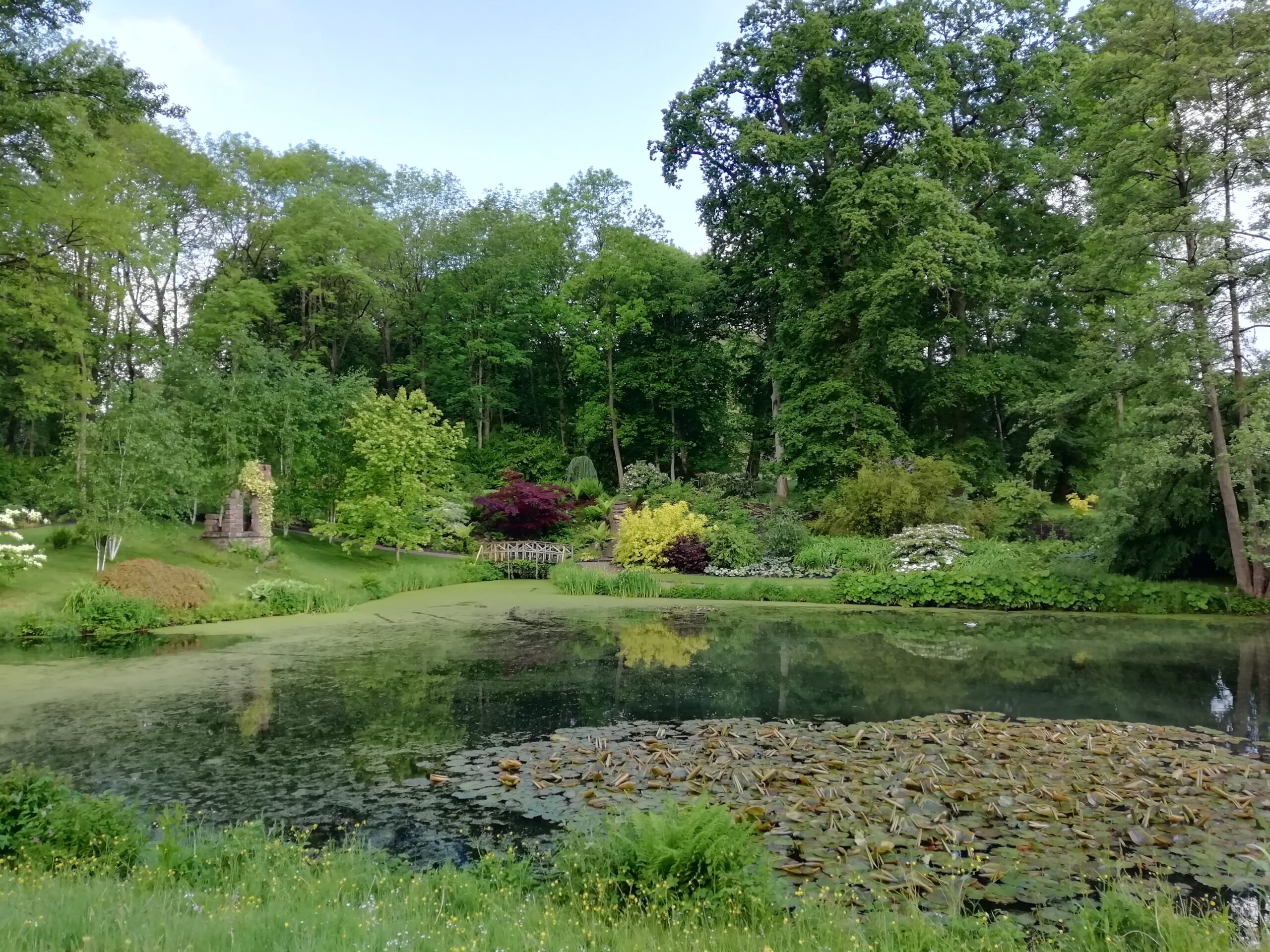 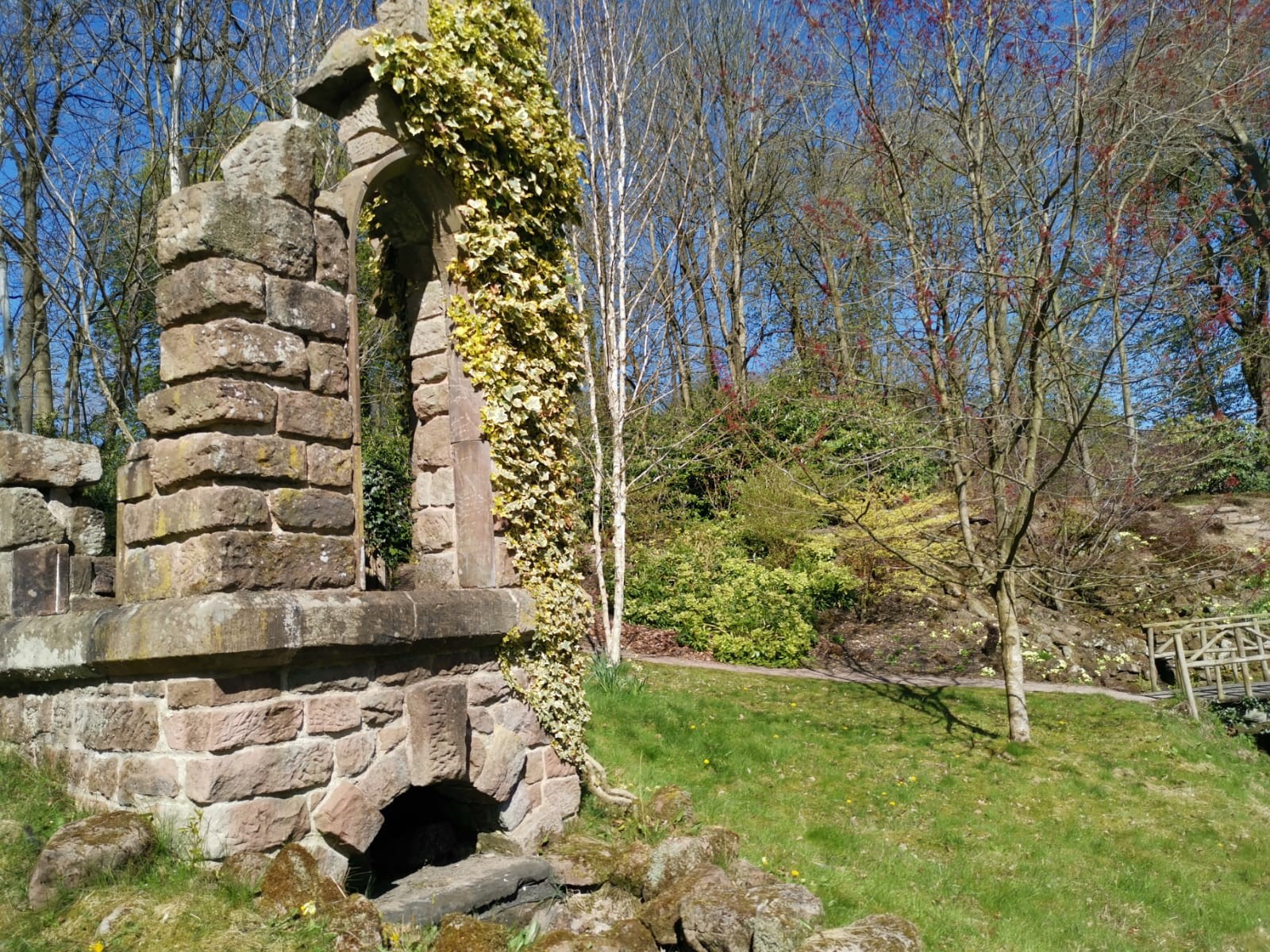 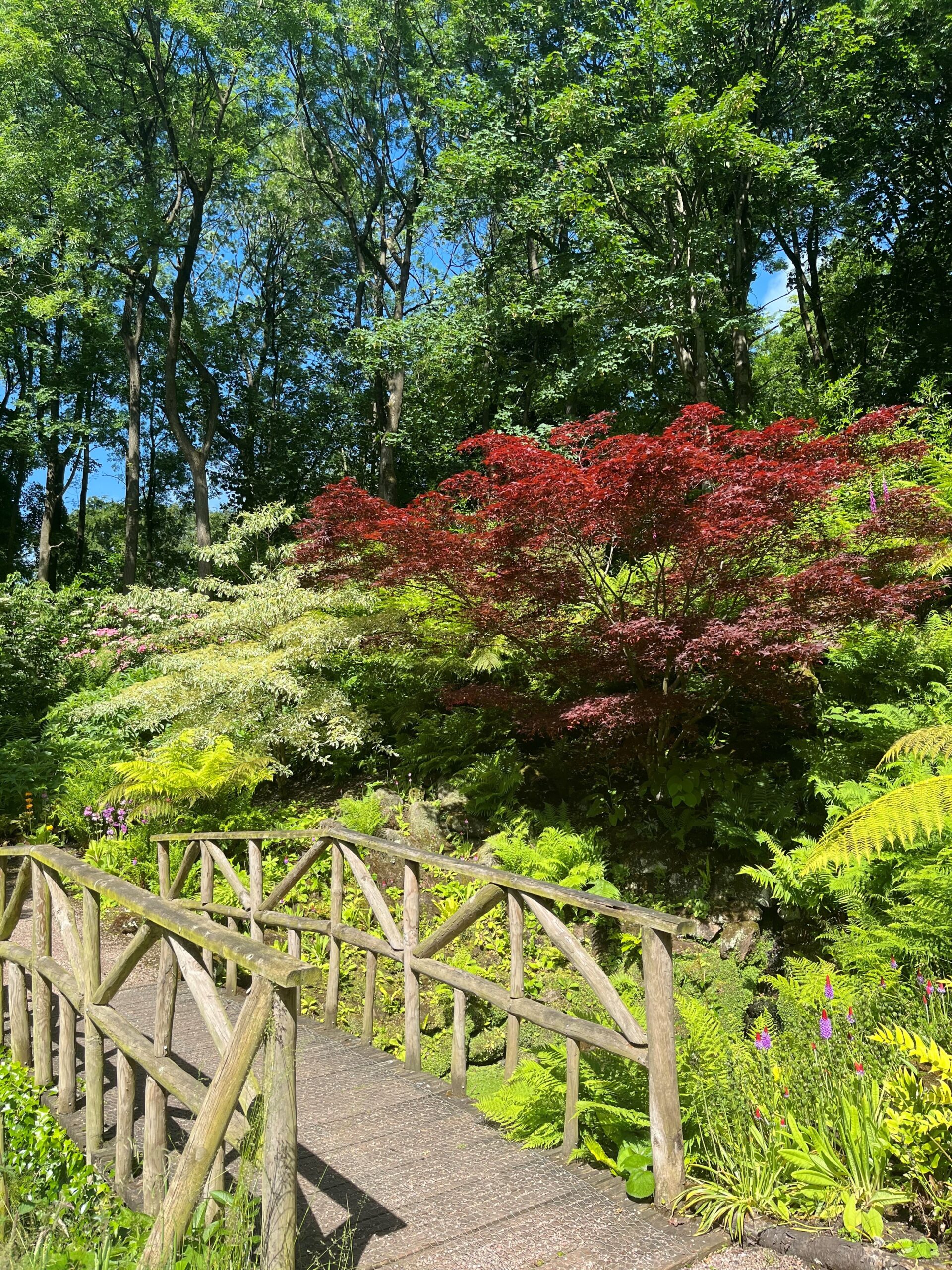 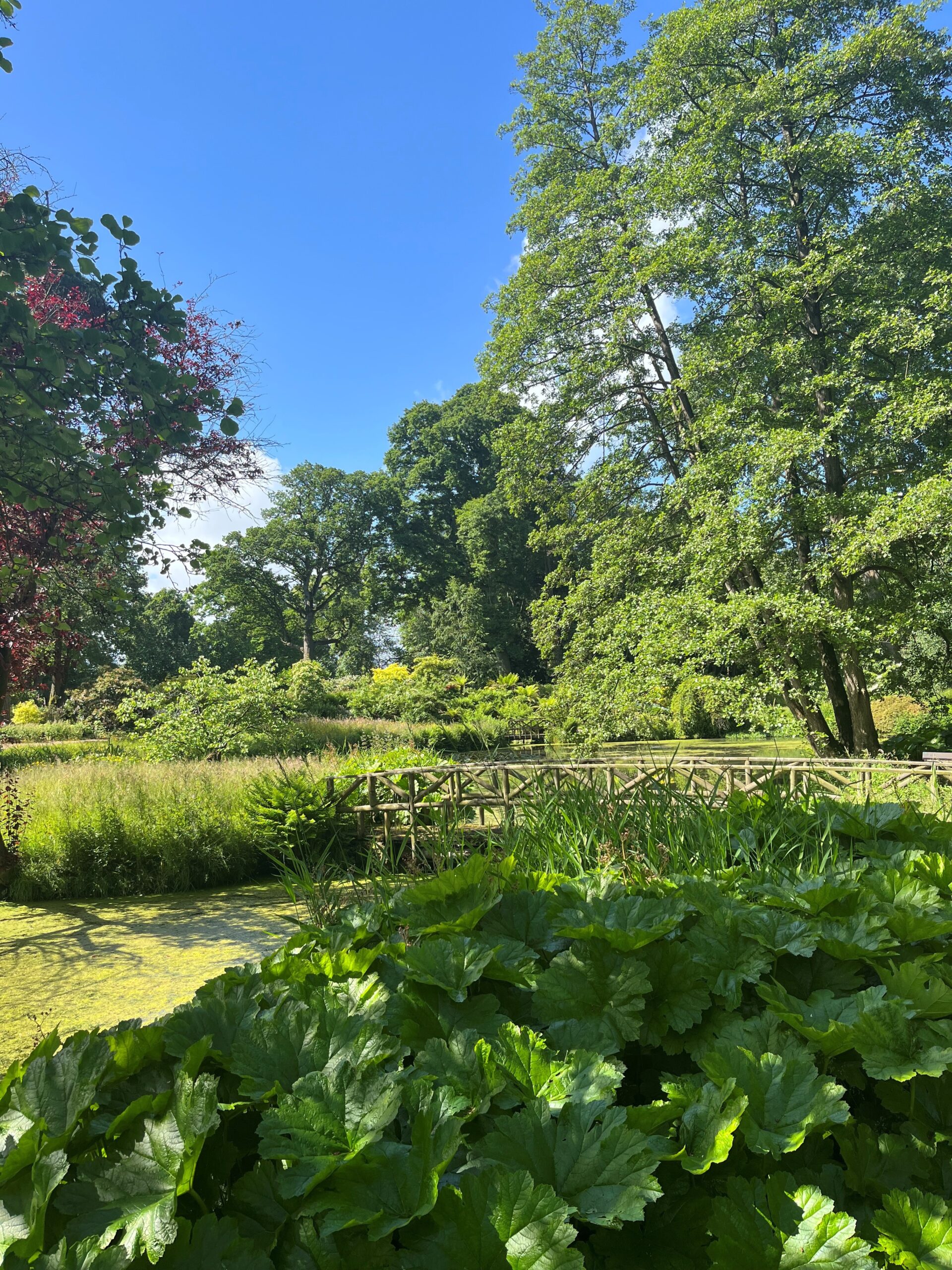