The Temple Garden is the piece de resistance of Cholmondeley, with the main feature being the small lake and its two islands.
Entering through the stone gatehouse, the area on the left contains many interesting shrubs and is looked over by Eucalyptus gunnii (Cider Gum), and Arbutus xAndrachnoides, both with fabulous bark. Here a small flight of steps leads you up to a fine Persian ironwood, interesting at any time of year, and a group of the violet blue flowering Buddleja ‘Loch Inch’ next to a small gate. This gate was beautifully wrought by Tijou for the 1st Earl of Cholmondeley in around 1715, and bears the family coat of arms and motto Cassis Tutissima Virtus, (virtue is the safest helmet). The gate and many other features of this garden including the temple on the island and much of the sandstone from which the rockery was formed were all transported from the old hall. Indeed some of the sandstone must have been part of the stonework of the old house itself, as it is possible to trace the carving on what must have been sections of a capital.

The waterside planting changes with the seasons starting with Snowdrops in winter. In the spring Crocus and Daffodils emerge through the Peltiphyllum roots, followed by a variety of Primulas and the pink umbels atop the red stems of the Peltiphyllum, whose scallop edged leaves follow later. At this time the giant leaves of Gunnera manicata take over from their strange cone like flowers to form great mounds at the water’s edge, interspersed with groups of Osmunda regalis (Royal Fern). In autumn the great plumes of Pampas Grass appear whilst the leaves of the Peltiphyllum turn a glorious scarlet and gold marking autumn indeed as a beautiful time in this garden with it’s blaze of coloured foliage through the trees, shrubs and ferns. A plant of real note here sits on the grass bank on the north side. It is the unusual Lindera obtusiloba, which produces a mass of small, fluffy, yellow flower heads in March, and whose leaves turn the brightest of yellows in autumn.

Crossing the rustic bridge you will notice by the lower pool the papery barked Acer griseum and on the path edge an old Taxodium or Swamp Cypress. This remarkable tree stands proudly alongside another deciduous conifer in the form of the Metasequoia or Dawn Redwood. Metasequoia were only introduced to England from China in 1949 with this specimen planted at Cholmondeley in 1952. Other interesting trees in this grassed area include Picea breweriana (Brewers spruce), and the large leaved Magnolia tripetala, whose fragrant flowers are produced in June after its leaves appear.

The two large beds on the left of the path contain a mix of shrubs and under-planting for ayear round interest. Through these beds a mown pathway can lead you into the silver wedding arboretum. By the waterfall stand two Japanese Cherries, Prunus x yedoensis, which in spring bear a mass of delicate pale pink blossom, and show their fiery side in autumn when the leaves turn shades of orange. The carved stone whales that form the bridge in front of the fall once formed part of a small fountain originally placed in the lake in front of the island, but were repositioned many years back when the lake was cleaned out. The rockery is well planted with dwarf Rhododendrons, small shrubs and many varieties of Heather. 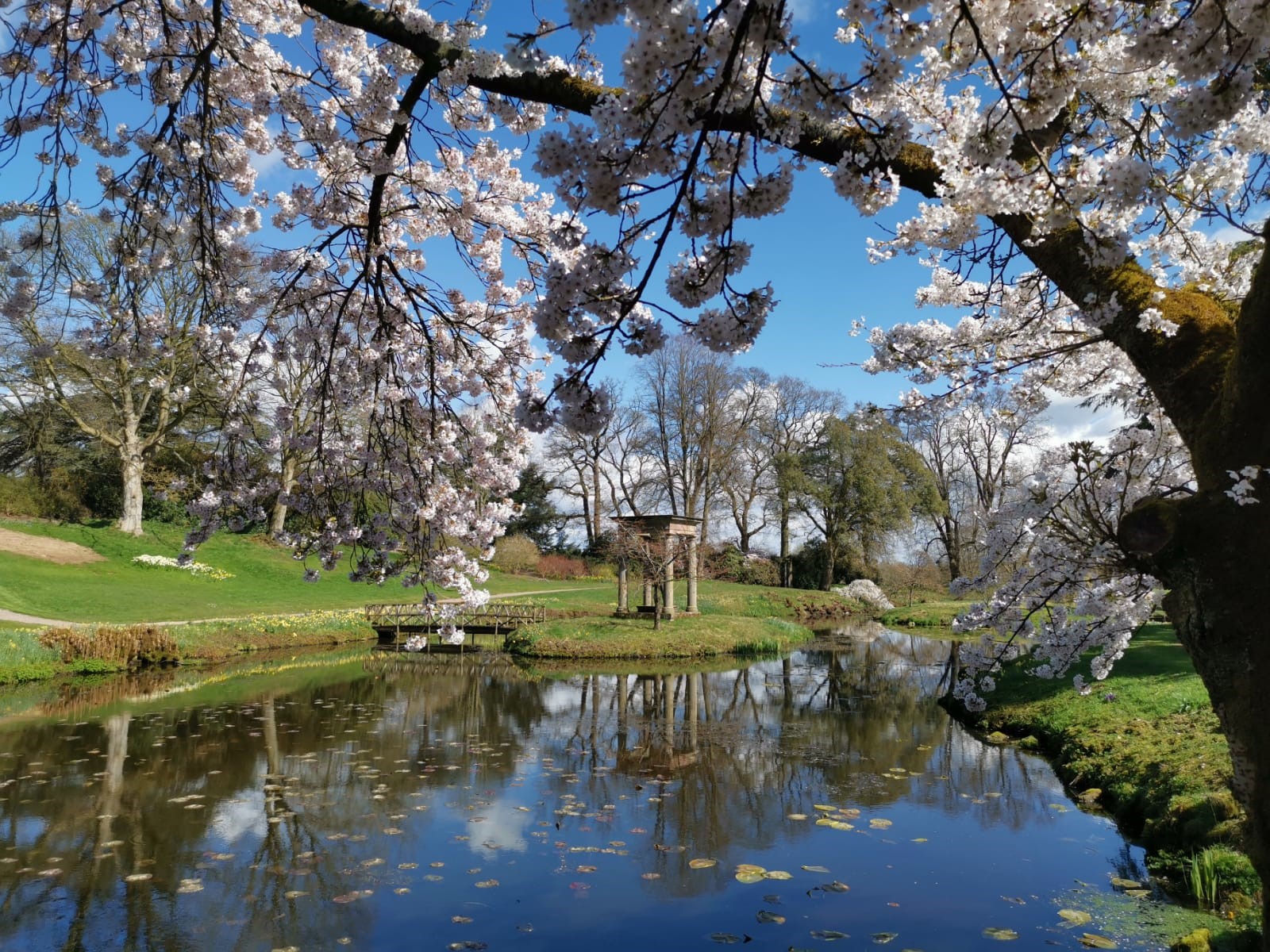 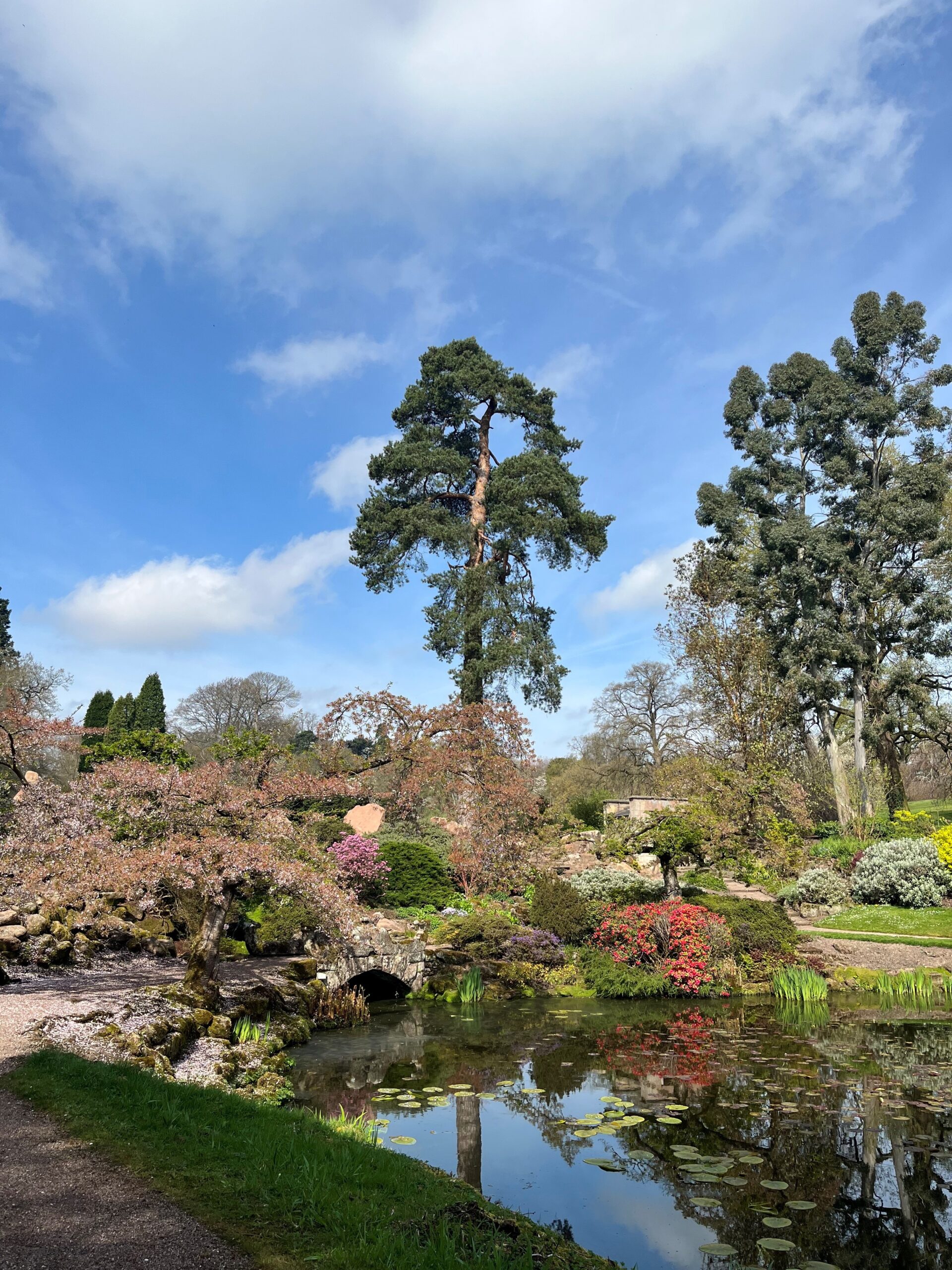 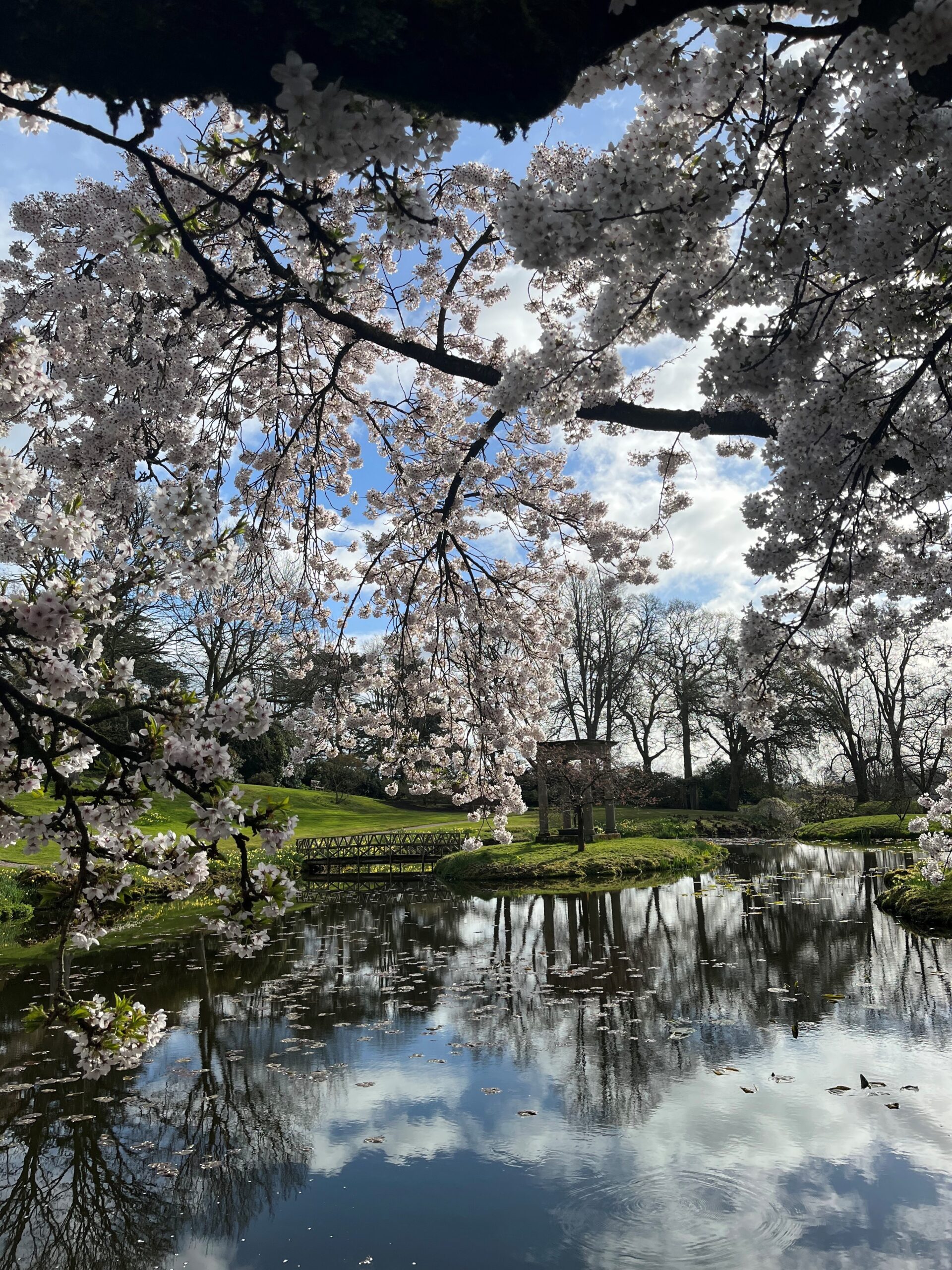 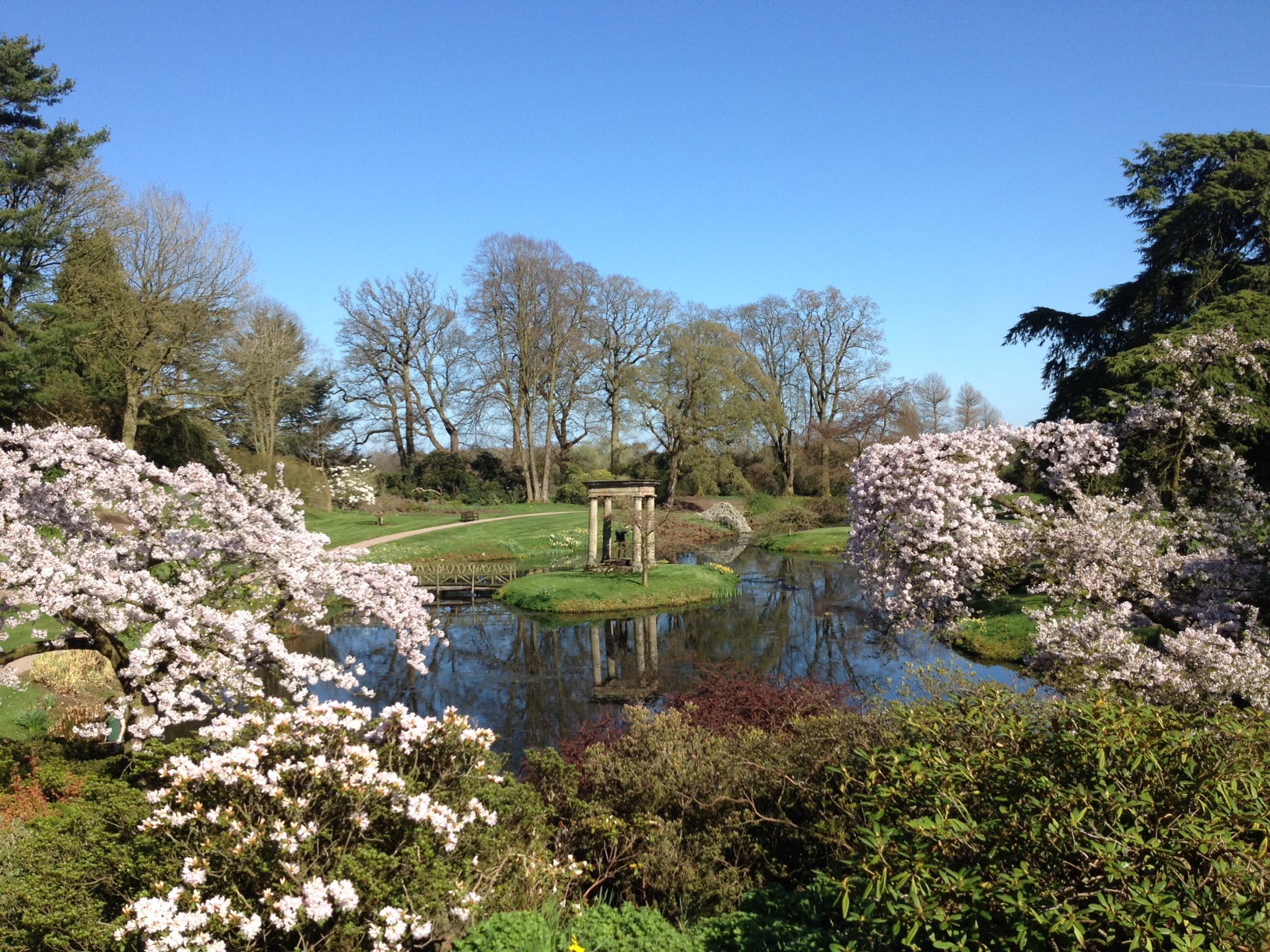 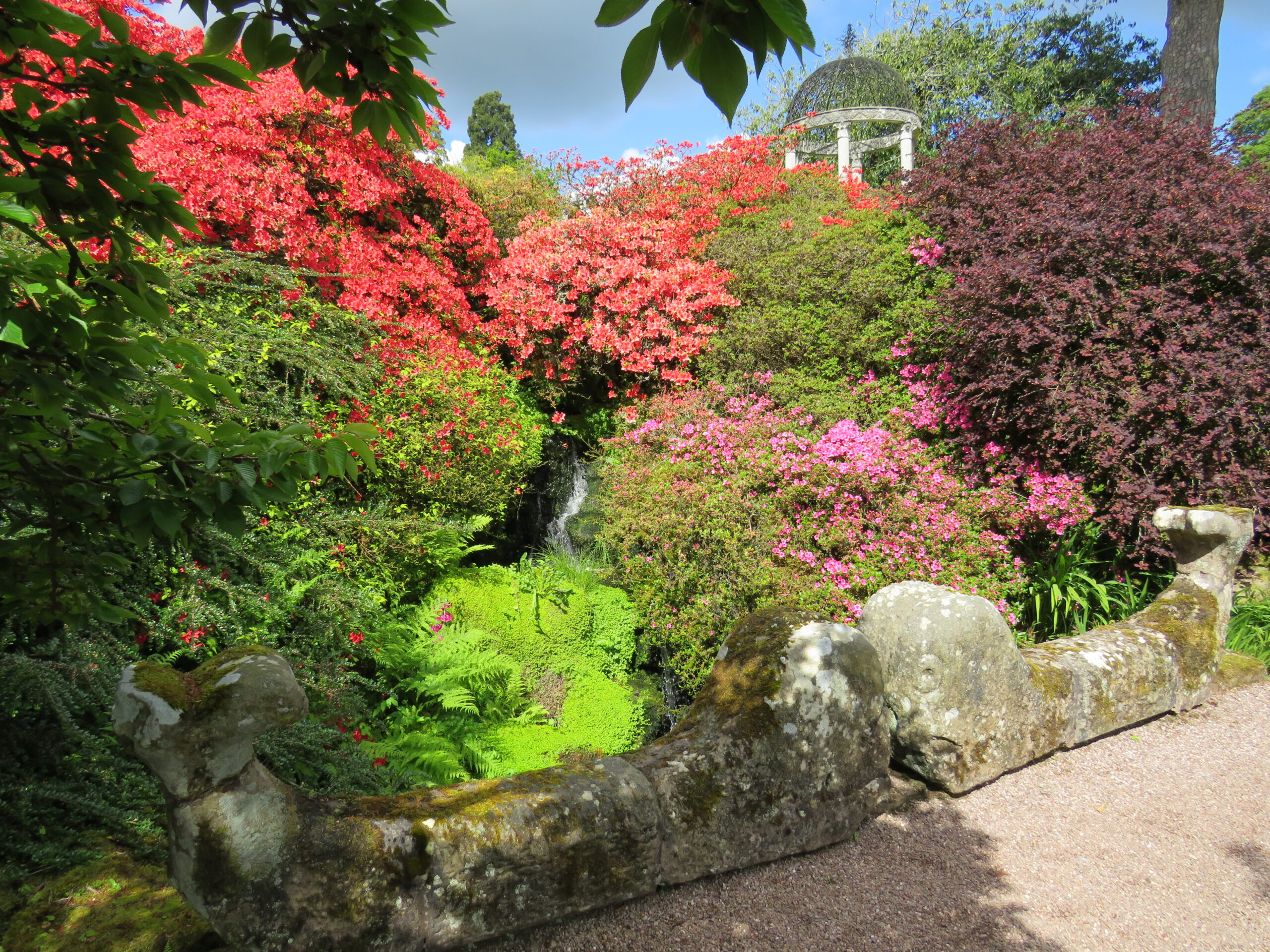 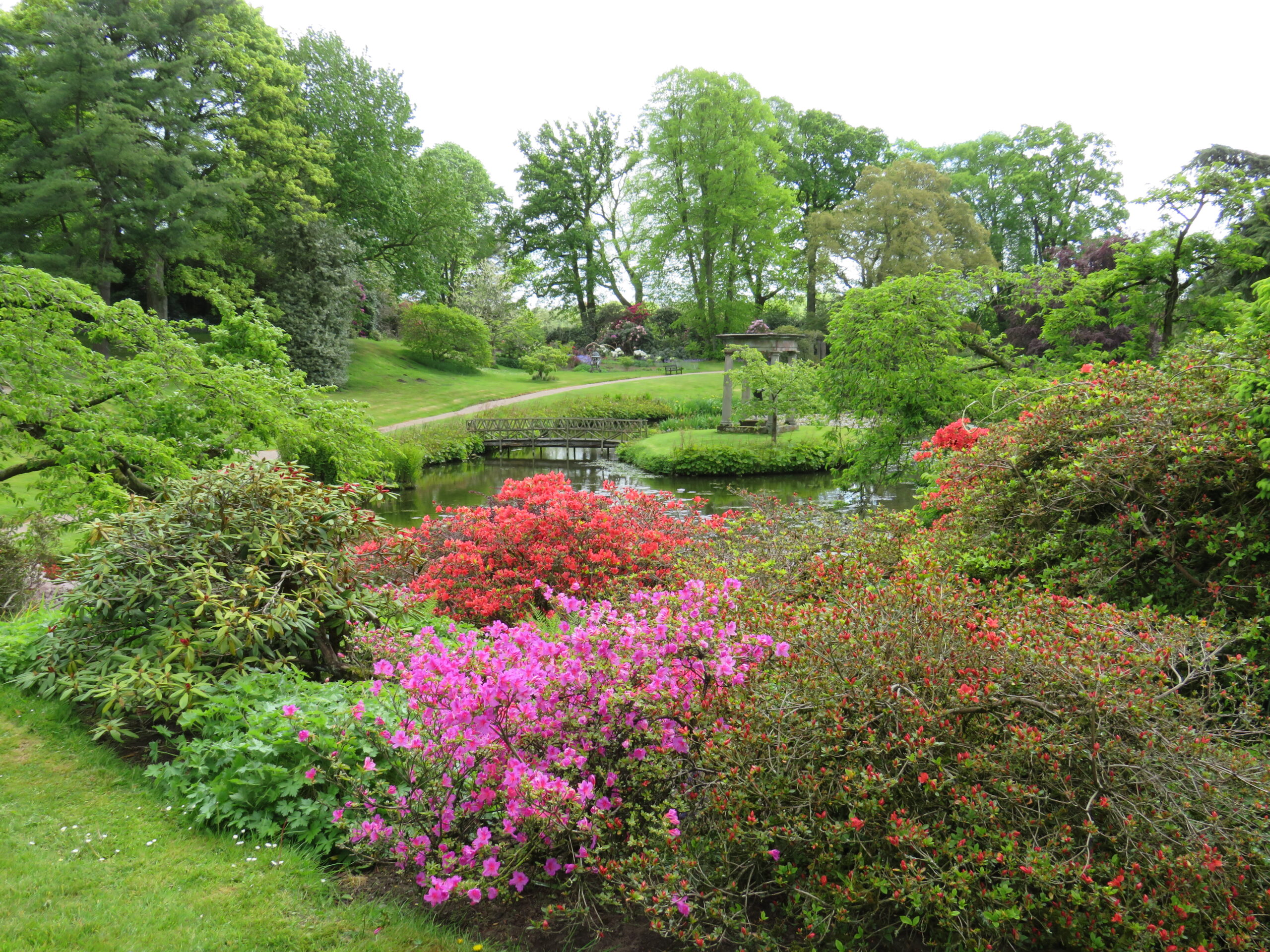 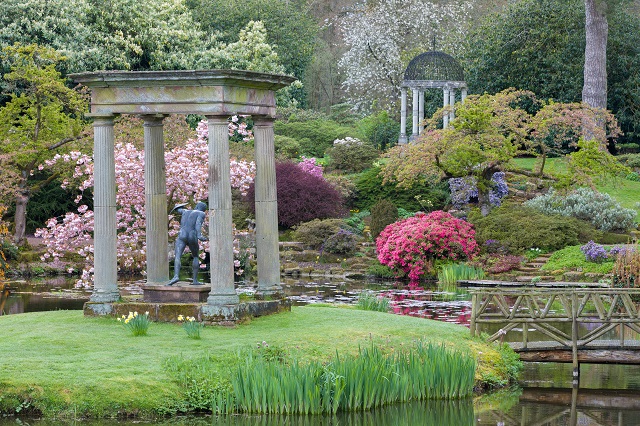 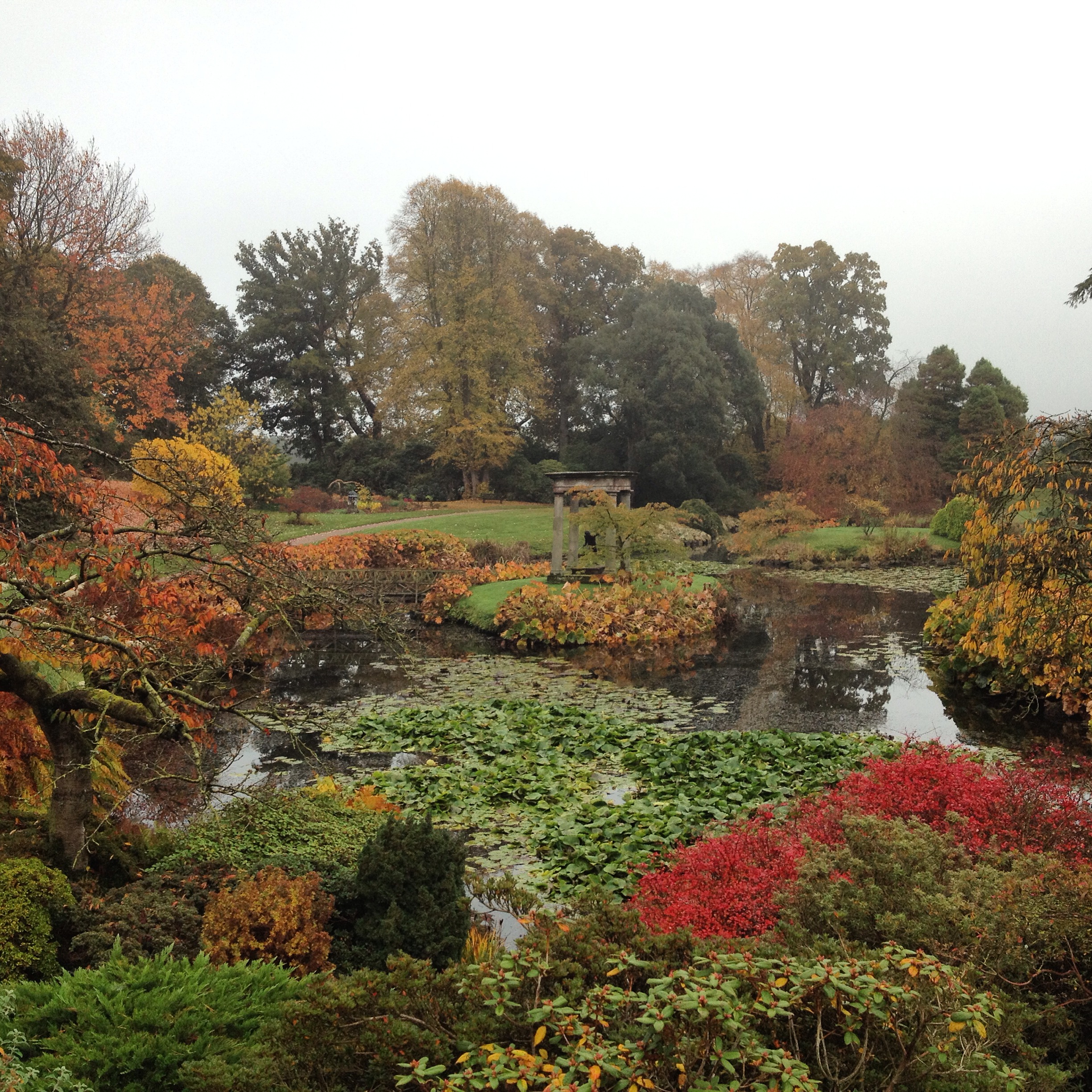 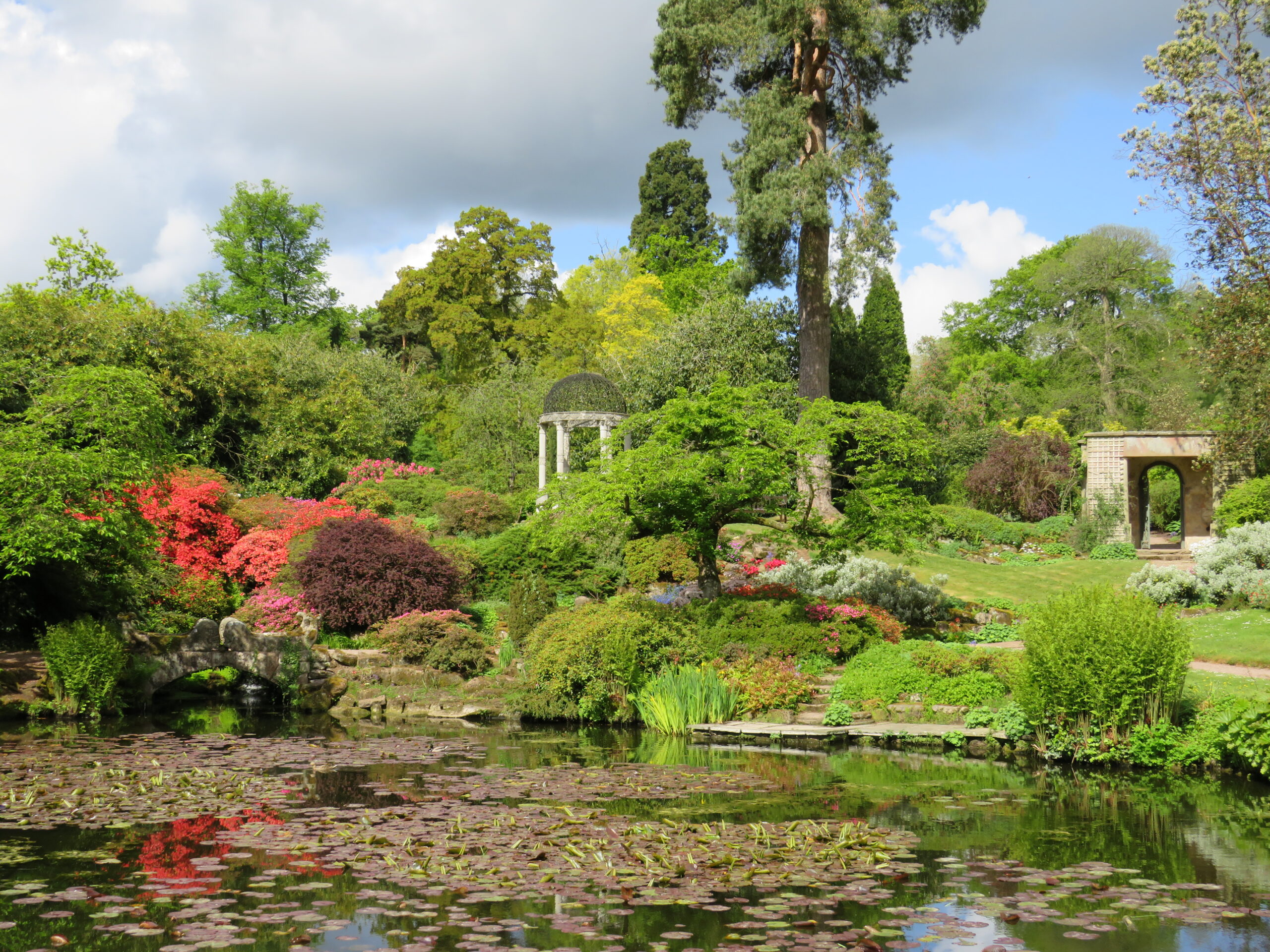 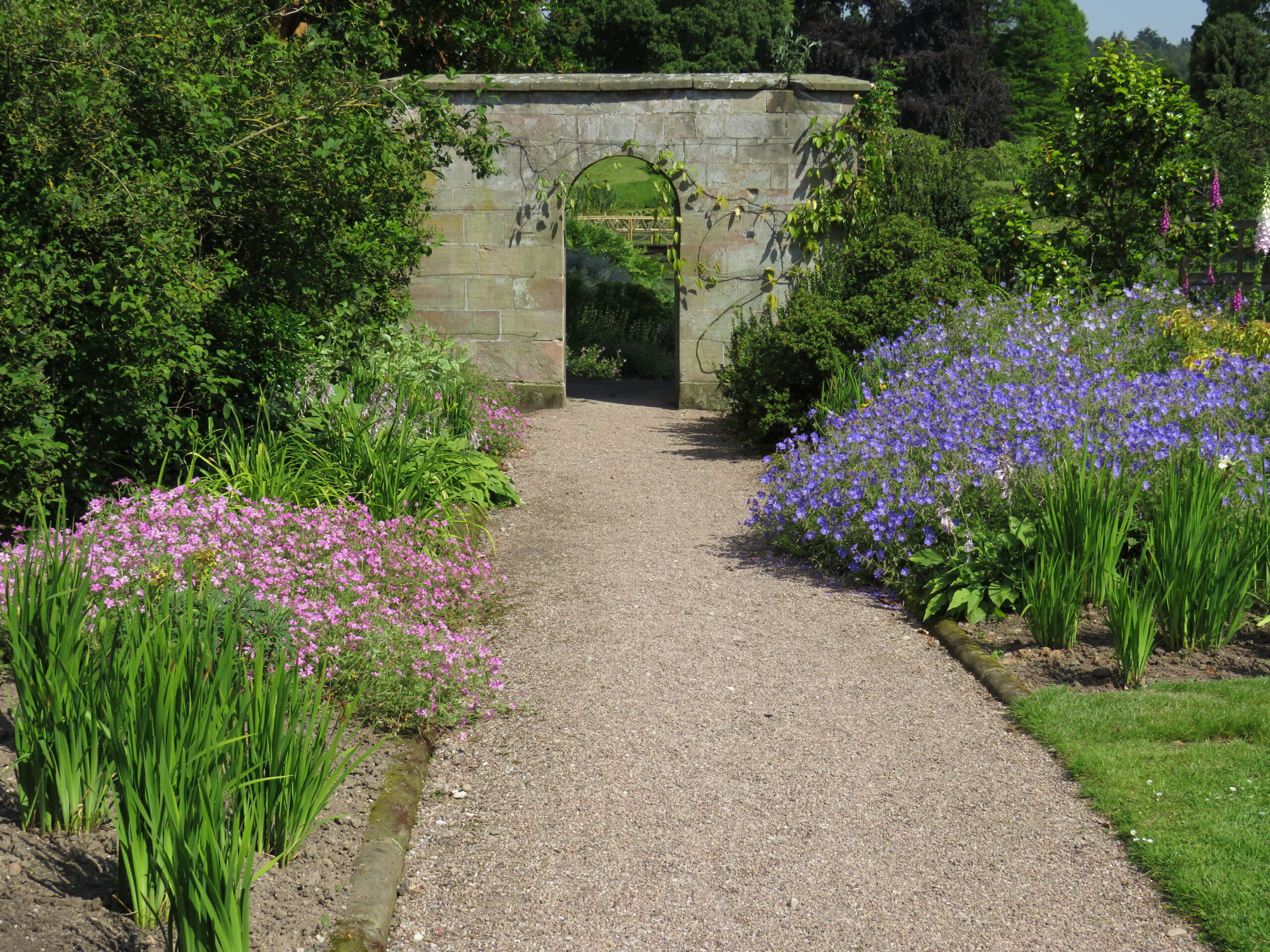